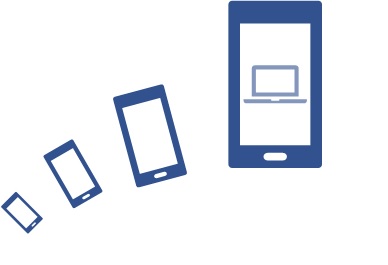 I am thinking more and more these days that smart phones will replace laptops and personal computers. Of course I’ve made a couple of Google searches on it to see if there already are solutions, but per what I was able to see for now there are only early stage solutions, nothing polished, nothing really useful that could attract a bigger adoption.

These days, personalized adds do their job pretty well on Google (any way a lot better than on Facebook where recently I saw adds for hair conditioners although I’m terrible bold) and my searches determined the following article to be included in my Google News feed: Android Q desktop mode up and running through experimental third-party launcher. In my personal opinion, this looks really promising. It seems that pretty soon smart phone will be able to replace laptops for good. An already implementable solution is presented in the following article How to Cast Your Windows or Android Display to a Windows 10 PC, I do consider it still an early stage since you don’t really have a mouse support.

Wait a minute and think again of what you just read. can it be true? Will Microsoft Windows eventually go out of business? It can’t be true, professional workers will always need laptops you might say. You can think of numerous various reasons why this will not work. I can’t blame you for it as I was thinking rather the same, but please continue to read this blog post and you will read some counter arguments that might make you change your mind.

One of the clients I worked with, was trying to resolve as cheap as possible a business case for VDIs (Virtual Desktop Infrastructure). To drive the cost lower they decided to go with a solution based on RDS (Remote Desktop Service) where multiple users use the same VM and server OS. In the capacity planning there were 2 types of users defined. First type, general users, only needed the solution for browsing and running small apps, therefore 2 vCPUs and 4 GB of RAM was decided to be enough for each of them. Second group had to run in addition standard office programs and applications with higher resource demands, therefore 4vCPUs and 8 GB of RAM was allocated for each user in the capacity planning calculations.

Now wait a second! That is pretty much the interval of resources your phone most likely fits in too. If you have the latest top models you might even have more resources than the above theoretical example.

The right question would be, why provision the users with VDIs or RDS solutions since they already have smart phones with bigger resources? Even further, why they need laptops at all? Couldn’t they simply use their smart phones at work?

In my personal opinion, VDI solutions as well as RDS solutions represent only a transitional phase. Right now, not all the apps are cloud native, some might still need powerful local resources, there are some security use cases that can be addressed with VDIs or RDS servers. Although a good 2 factor authentication VPN might be a cheaper and a better solution, for whatever reason some companies do prefer to offer VDIs to their users. In the near future smart phones could replace laptos, VDIs and RDS solution, and you already have biometric authentication built in them.

With more and more apps moving to the cloud, with containerized apps or even server-less applications, even professional users only need a couple of browser tabs to do their work. Think of G Suite from Google or even Office 365 offerings from Microsoft, they could easily run on a mobile device too. A few stand alone apps might still be necessary for very specialized users, still that doesn’t invalidate the logic as those apps could be mobile friendly too. Also, with smart phones becoming more and more powerful I believe soon enough they will be more powerful than today’s laptops. Any excessive workload would be simply run in public clouds and that’s pretty much it. Smart phones will replace laptops and all other special workloads would run in the public clouds.

All of this means that the developer en-reaching Android Q desktop mode is on a terrible good path and rather sooner than latter smart phones will replace laptops and personal computers.

This also means that if I were Samsung, Philips, LG, Dell, Lenovo, Acer or any other TV or Monitor producer, I would start developing a smart phone compatible mode for my screens. It could work through the wireless network that currently is present in any office space or any home. Perhaps Chromecast was on the right path, but that represents only the first step, and it could be further developed with having the goal of enabling smartphones to replace laptops in the work field.

What I would really like to see from smart phones producers would be devices with support for standard wireless keyboard and mouse sets, and perhaps a docking station that would keep the phone charged and extend it’s connectivity ports. It’s their job to figure out what actually makes sense from the connectivity perspective, the single rule that they should not omit is to always enable wireless connectivity for whatever wired solution they build for the phone.

I’m pretty sure if the monitor producers and the smart phone producers would work together, soon enough more developers would join the trend and more an more apps to be used in the business field would be added to the mobile apps ecosystem.

Some new touch screen devices might also benefit from the trend like Google Jamboard and other touch screen solutions for meeting rooms.

You might think this would bring the end of Windows as we know it once smart phones would be able to replace laptops. It might or it might not, for sure it will change it. It appears to me that Microsoft decided not to take the risk of betting only on Windows as a direction. They launched Azure and made it the second biggest public cloud provider and now they can benefit from whichever direction personal devices would go to, no mater if they are personal laptops or smart phones.